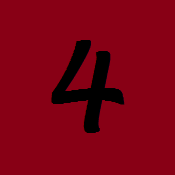 The door flies open in a hurry and they barge in, masks and all. As I watch, they come and grab Melanie first, pinning her arms behind her and pushing her toward the hallway. Then I’m dragged out. I see her trying to muster the strength and fight back. I do the same, but my wounds are still raw and they come open, blood falling on to the floor. I manage to make a fist, and give the masked man a punch on the jaw, one with the venom pent up inside me for the past week. He’s weak too, and staggers back on to the walls, holding his jaw. His mouth is bleeding now. I turn around, only to be caught on my nose by the punch from the other guy. I collapse in a heap, and watch as I’m hitched to a standing position and pushed on to a couch in the hall.

“What do we do? We can’t hold Natalie here, dammit, my parents will come to know. We’ll have to let them free now. Get the ransom obtained today itself. I knew we should have got it over with three days back. We would have if it wasn’t for you”, I hear one of them say.

“Come on dude. You had fun with them too; I just wanted some revenge you know. He’s made my life more miserable than I care to admit. You know it too.”

“Whatever. That’s all water beneath the bridge now. We need to get that money dude.”

“Oh be realistic now. If your sister spills the beans somewhere that it was us who did it, then the cops will get us anyways. It’s over.”

I could hear the other cursing vehemently as he drank in the realization. But before he can respond though, I hear footsteps and then another terrified scream which is soon silenced. They are now in another room, and their voices are muffled by the walls. On the other side, I hear soft knocks in a pattern. I know Mel is there and I slide off the couch and crawl toward her. There is a strong thud on the floor somewhere, and a little after that, Natalie’s screams slice through the silent house again.

—-~*~—-
(to be continued)
Thom G gives three words to include in our posts, through his meme, Three Word Wednesday. This week, he offers the words Drank, Hitch and Muster as inspiration.
Carry On Tuesday is hosted by Keith and offers a line or quote etc. to use in your post. Week #130’s prompt is the quote “Where are you?” which is the opening line of a Nicole Edwards poem.