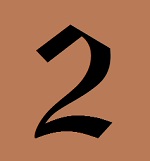 My mind swims in memories, enshrined by the darkness. I think of the first day I’d met her and a small smile brightens my face.
———-~*~———-
It was Halloween of last year. People in costumes with fake bloody faces and crooked smiles went about gaily on the sidewalks, celebrating with pomp and fervor. As I knocked on Keith’s door in a wolf costume I’d never thought I’d be even caught dead in, I was unusually cheery.
It was she who opened; the slutty nurse… she looked stunning in the flickering candlelight. I stood there in the doorway for a few minutes, wondering who she was. “Won’t you come in, Raj? Or would you prefer to wait till one of your butlers escorts you inside?” she asked. She knew me, but I didn’t even know her name. She left me there and vanished into the crowd. My lips had twitched, wanting to give a snide remark back, but my heart resisted. For a moment, I forgot its beat.
The party continued upbeat, and I lost myself to its pace… till Keith called, “Let’s play spin the bottle.” Laughter echoed. But no one refuted it. We sat in a circle, and Keith did the first spin. I saw her exactly opposite to me, and my heart began to thump faster. The world spun with the bottle till Joan’s voice broke amidst hoots. “Raj and Melanie… come on, the bottle has spoken!” She didn’t look too thrilled about it, but we kissed.
It took me a few months; a few dates before I could convince her I wasn’t the snob that everyone thought I was. She was like me too, an Indian living abroad with her parents. We were teenagers, heirs to small fortunes. We became committed to each other over time, loving each moment we spent together, each kiss that we shared.
———-~*~———-
My mind jolts back to the present as the door bursts open and the three of them enter the room again. They don’t come near me yet. They go to the other side of the room, near the window and stand there awhile before I hear them clearly say, “…find him in the gutter.”
I feel scared. They turn the light on as they leave. She’s there, on the other bed; her eyes closed, gurgling blood, and on her head, the pumpkin we had carved together earlier that day…
(to be continued)
Brenda Warren and the Sunday Whirl meme gives a set of words (wordle) each Sunday to write your post around. Again, it can be poem or story. The Whirl enters its 28th week this Sunday.
L’Aussie Denise and Francine, hosts of the Romantic Friday Writers blog invite you for the 25th Week over at their meme where it’s 300 to 400 words, story or poems with a theme and a romantic element involved as well.